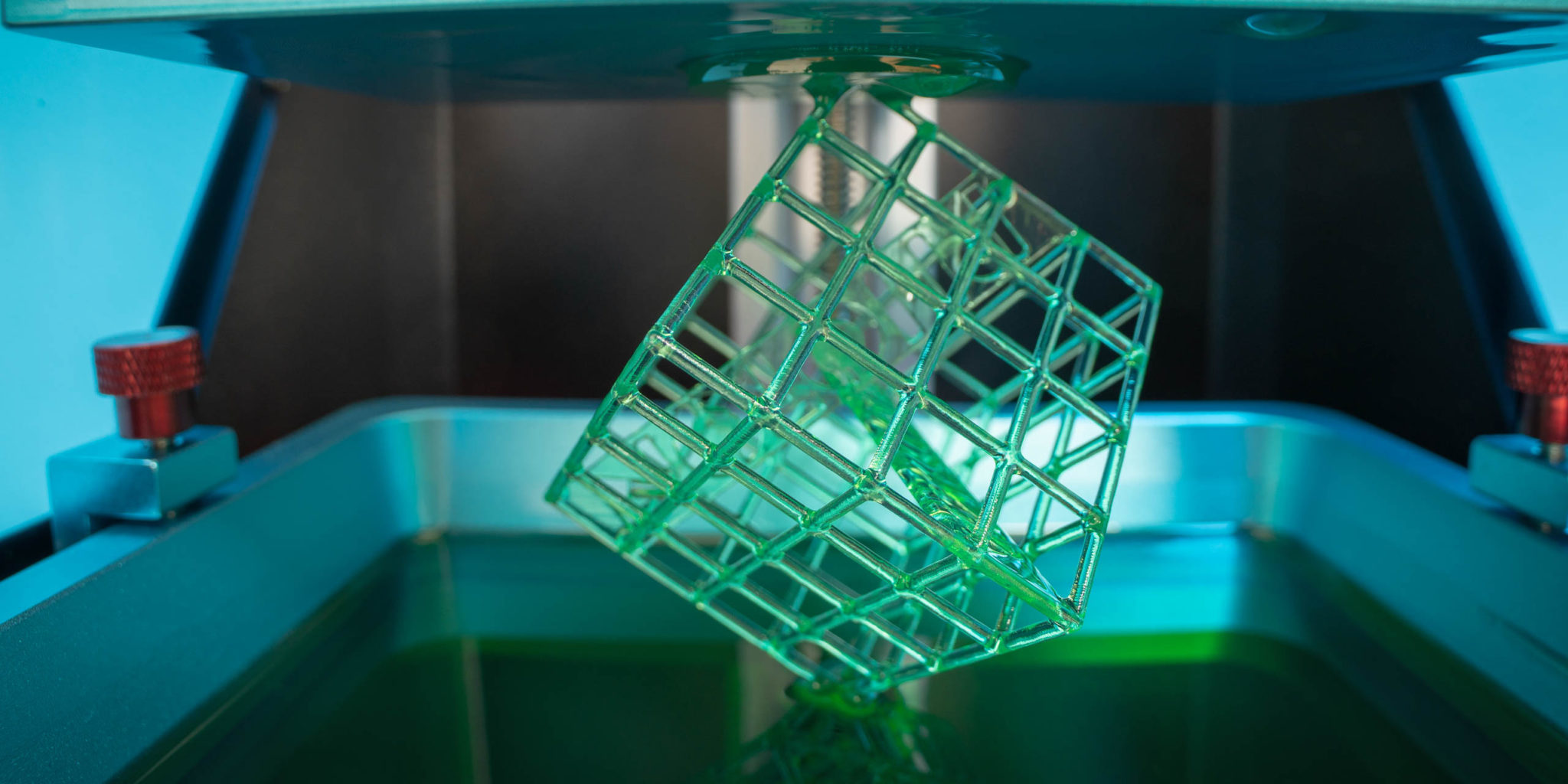 A time travel to the beginnings of the technology

Even though 3D printing is usually seen as a very young technology, its beginnings date back several decades. The idea itself can be found in literature as early as the 1940s. From the 1980s onwards, it also began to be used in practice. In this article, we want to take you on a time travel through these early developments.

The first person to take up the idea of 3D printing was science fiction author Murray Leinster. In his 1945 short story “Things Pass By,” he describes the technology with surprising accuracy. Namely, as a movable arm into which “magnetronic plastics” are fed and which, with the help of photocells, scans drawings and traces them out of plastic in the air. The material hardens in the process and the desired object is created.

In 1974, British chemist and author David E. H. Jones also addressed the topic in his column in the magazine New Scientist. Under the pseudonym “Daedalus,” he published weekly satirical visions of how futuristic technologies could work. Although his ideas were intended as jokes, some of them turned out to be surprisingly accurate predictions of the future. So was his description of the stereolithography (SLA) process, as it would be turned into reality a decade later by Charles Hull. But more on that later.

From the patent to the first 3D printer

Between the first literary discussions of the topic and the actual implementation in practice, there were initially still several years with predominantly failed patents for various 3D printing inventions.

The first patent for a 3D printing technology was filed in 1971, three years before Jones’ prediction of the future, by Johannes F. Gottwald for a so-called “Liquid Metal Recorder”. In Gottwald’s mind, this recorder resembled a classic office printer, but one that printed 3D objects made of metal rather than ink on paper. However, the patent was never put into practice.

Almost ten years later, in 1980, the Japanese inventor Hideo Kodama filed a patent for a photopolymer rapid prototyping system that used UV light to cure photosensitive resin used as the starting material. This made him the first to describe a laser curing process. However, due to lack of commercial interest, he stopped funding the patent a year after filing.

Something similar was the case for a French research team consisting of Jean-Claude André, Olivier de Witte and Alain le Méhauté, all three of whom worked for the French technology company Alcatel and the French National Center for Scientific Research (CNRS). The trio also filed a patent in 1984 for an additive manufacturing process using stereolithography. Since de Witte already had experience using lasers to cure solids, he considered this process the best option for rapid prototyping. But with neither Alcatel nor the CNRS interested in the technology, and the trio unable to secure funding after filing for a patent, they had to abandon the project.

This brings us back to Charles Hull. After these first, less successful attempts to turn the idea of 3D printing into reality, the US American finally achieved a breakthrough in 1986. In 1984, just three weeks after the French trio of researchers, he filed a patent for a stereolithography machine, for which he received approval two years later. In the same year, he also founded the company 3D Systems and finally launched the first 3D printer, the “SLA-1”, in 1987. Hull is therefore generally regarded today as the inventor of 3D printing. 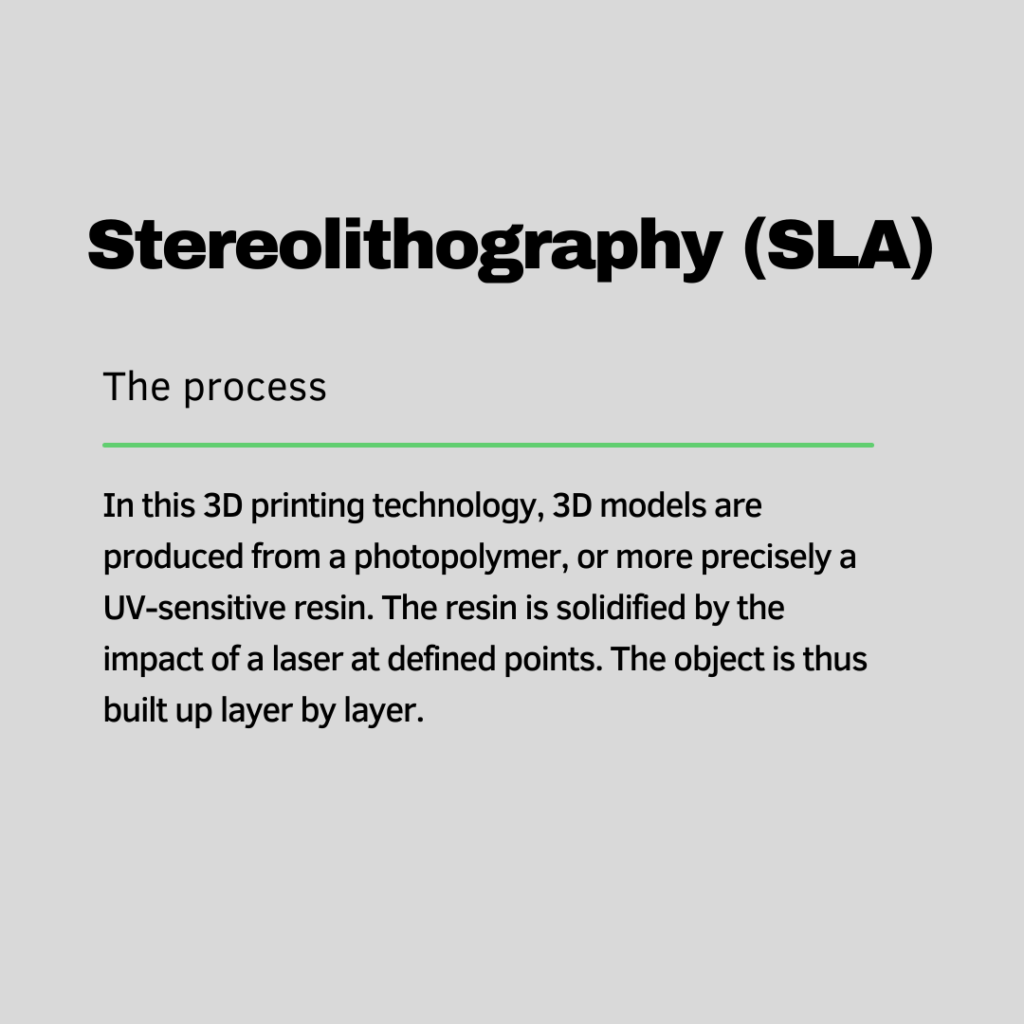 Stereolithography was thus the first 3D printing process to be patented and launched on the market. However, it was not to remain the only process developed in the 1980s.

Just one year after Hull received the patent for his SLA machine, American inventor Carl Deckard filed a patent for a Selective Laser Sintering (SLS) process, which was granted in 1989 to DTM, Inc. which was later acquired by 3D Systems. Deckard’s SLS printer was not very sophisticated at first and could only produce very simple plastic parts, but these beginnings quickly evolved into SLS printing as we know it today.

The Fused Deposition Modeling (FDM) process, probably the best known and most widely used today, also had its beginnings in the 1980s. The patent for it was filed in 1989 by the American couple Scott and Lisa Crump and approved in 1992. The two also founded Stratasys in 1989, which quickly became a leader in additive manufacturing with its FDM 3D printers.

EOS GmbH, another industry leader, was also founded in Germany that same year by Hans Langer, which quickly became leading in the field of laser sintering research.

While the technologies mentioned here are not all that exist in the field of additive research, they laid the groundwork that would help 3D printing become more widespread and popular in the decades that followed.

We will cover exactly how this development took place in one of our following articles. Stay tuned!