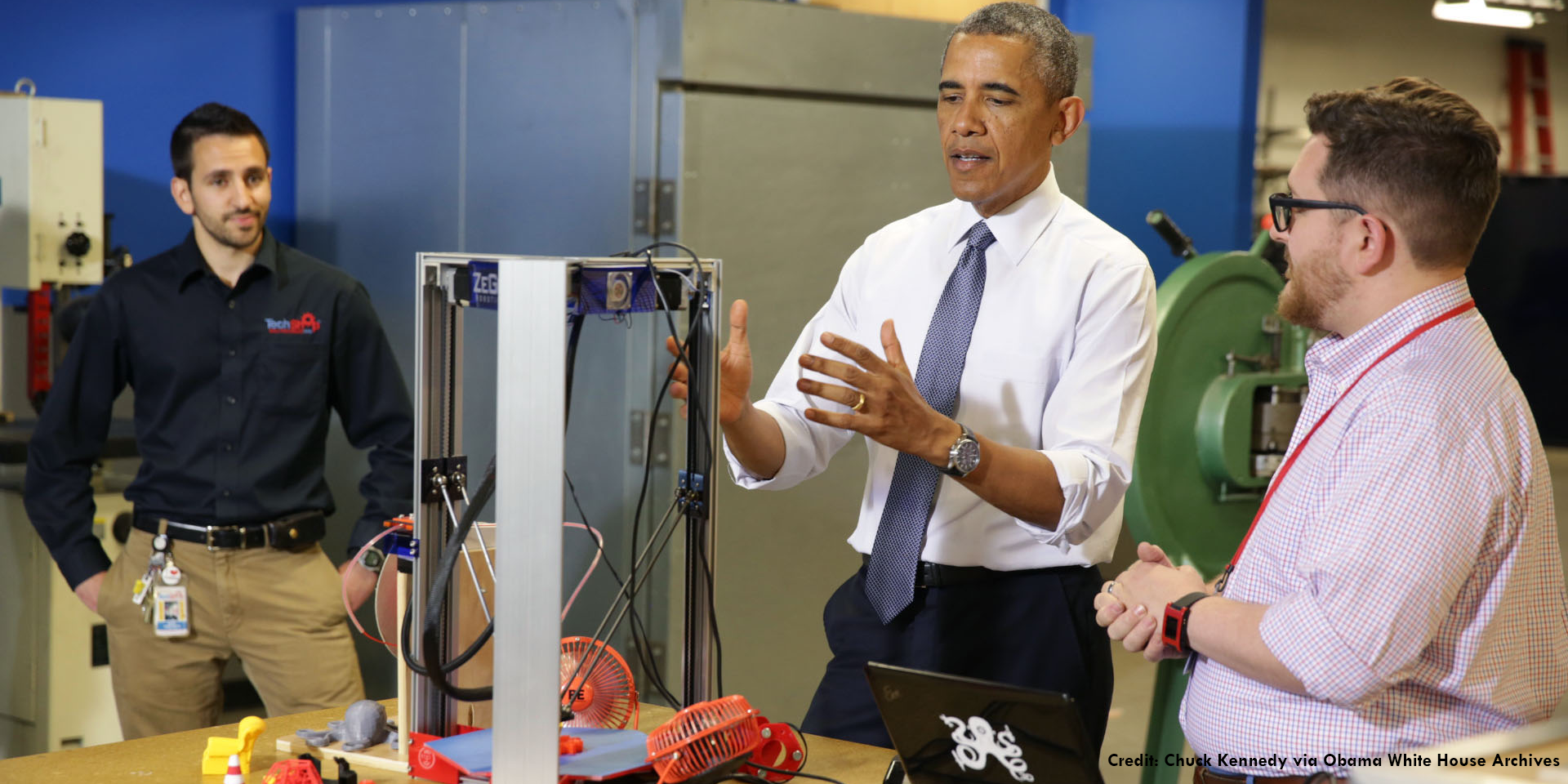 From hype to productive use in industry

While we took you back to the beginnings of 3D printing in our first post on the history of the technology, in this article we want to look at how additive manufacturing became downright hype in the first two decades of the 2000s and what position the technology holds today.

Beginning awareness of the benefits of 3D printing

After the first 3D printing processes and printers were developed in the 1980s and 1990s, 3D printing gradually became the subject of increased interest around the turn of the millennium. This was due to the fact that the technology was constantly being further developed and was also being used in more and more areas.

Especially in biotechnology, the first remarkable successes were recorded at this time. As early as 1999, 3D printing was used at the Wake Forest Institute for Regenerative Medicine in Winston-Salem, North Carolina, to produce the synthetic building blocks for an artificial urinary bladder. In the years that followed, the technology was also used to create a miniature artificial kidney, complex prosthetic legs and artificial blood vessels.

From science to private use

However, while these successes were primarily of interest to science and research, 3D printing finally reached the consciousness of the general public in the early 2000s and was increasingly used in the private and hobby sectors. Various events and achievements contributed to this.

In 2004, for example, British engineer and mathematician Adrian Bowyer launched an open-source initiative with the goal of building a 3D printer that could produce objects made of various plastics as well as other 3D printers itself. This project became known as RepRap, short for Replicating Rapid-prototyper. While the cost of 3D printers until then amounted to thousands of euros, this concept made it possible for the first time to produce printers for a few hundred euros. The first commercial 3D printer based on this principle finally came onto the market in 2008 with the name “Darwin”.

The development and manufacture of more cost-effective 3D printers was also driven forward from 2009 by the end of several 3D printing patents. For example, the patent held by Charles Hull for SLA technology ended that year, as did Stratasys’ FDM patent. Competitors such as the Israeli company Makerbot were not long in coming and quickly launched new DIY printer kits on the market. These kits were not only significantly cheaper, but were also no longer primarily designed for industry, but for individual consumers and a growing hobby 3D printing community.

The growing popularity of 3D printing was driven in no small part by the increasing availability of CAD tools for creating 3D models on one’s own computer and the emergence of various platforms on which these models could be shared and exchanged. One of the best-known examples of this is the Thingiverse platform, also developed by Makerbot, which went online in 2009 and quickly became the largest digital 3D printing community and library of 3D printing files.

Events such as the first 3D printed car called “Urbee” by the Canadian company Kor Ecologic in 2010 or the first 3D printed unmanned aircraft by the University of Southampton in the UK a year later contributed to 3D printing becoming more and more central in the media as well. The hype reached its peak in 2013 when U.S. President Barack Obama described 3D printing as the technology of the future in his State of the Union address.

But could 3D printing live up to the expectations placed in it as a technology of the future? This question is probably best answered from two different perspectives.

First, let’s look at the private sector. At the beginning of the 3D printing hype, many assumed that 3D printers, like normal office printers, would soon be available in every household. This was supposed to make it possible to easily produce any object at home as needed. It is easy to see that this assumption did not come true.

Even though it has been possible to purchase 3D printers relatively inexpensively since the 2010s, it soon became clear that a printer alone was often not enough to produce parts of the appropriate quality, but that additional knowledge about the manufacturing process and materials was needed. This ultimately led to a clear disillusionment and to the fact that 3D printing could never establish itself on a broad scale in private use. To this day, the technology is mainly limited to a hobby community.

The situation is different in the industrial environment. Here, too, there were constant technological developments in the first two decades of the 2000s. And completely new processes continued to be researched and developed. HP, for example, launched a new technology on the market with the Multi Jet Fusion process, which is currently the most economical and fastest additive plastic manufacturing process.

In addition to the further development of the technology itself, the constant development of new, more resistant and stable materials also contributed to the fact that today extremely high-quality parts for demanding applications can be manufactured using 3D printing.

Among other things, these innovations made it possible that 3D printing was soon no longer used only for prototyping, as was the case especially in its early days, but is now also increasingly used for the production of printed end-use parts and is an integral part of many manufacturing processes. The emergence of numerous 3D printing service providers over the past 20 years has also furthered this development.

Particularly in medical technology, the automotive industry, aerospace and the construction industry, 3D printing has become indispensable, and it can be said that although the hype surrounding 3D printing has died down considerably, the technology is now mature in the industrial environment and is being used productively.

In one of our next articles, we will discuss how 3D printing will possibly continue to develop in the above-mentioned industries and what the future of the technology might look like in general.